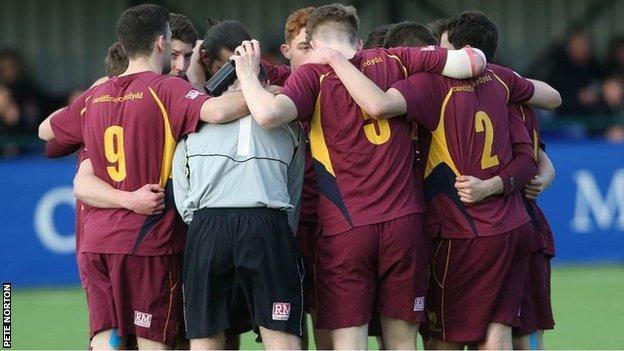 Cardiff Met FC, the student soccer club team of Cardiff Metropolitan University in Wales, are one win away from qualifying for next year’s Europa League.

Many university soccer teams in the UK play in leagues outside of the university competition.

Cardiff Met FC, have successfully risen through the divisions and now compete in the Welsh Premier League. After promotion last season, Cardiff Met FC finished in 6th position and this weekend play against Bangor City FC in a Europa League play-off.

We wish Cardiff Met FC and their student-athletes the best of luck.